Last year, Ringwood Junior School began their first year growing and harvesting vegetables. The project completely transformed their overgrown vegetable patch to the wonder that it is now. With the generous assistance from one of the school’s parents, Terry Head from Stewart’s Garden Centre, the school has been able to rejuvenate the vegetable patch area. Terry and his team visited the school many times to see what they could offer in order to create an area which will be of vital importance. Donated to Ringwood Junior were multiple bags of compost and soil enricher, stones, slate and gravel, and many, many, many vegetable plants and herbs.

One weekend, Terry and some other parents, Ant Moyle, Tom Brown and Neil Dallyn, came to the school to clear the overgrown area, lay a weed membrane, cover this with stones and slate and build 4 raised beds. 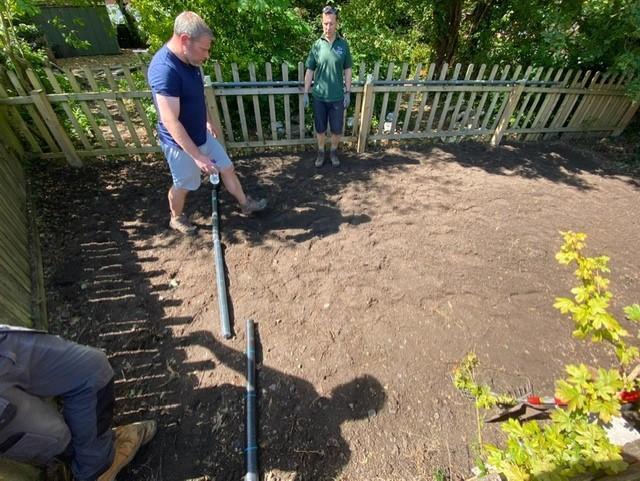 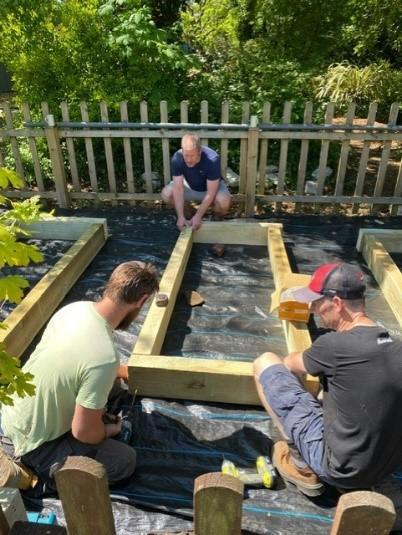 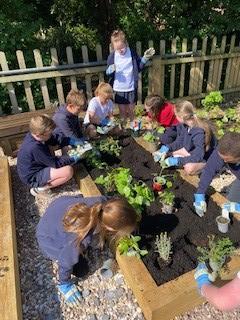 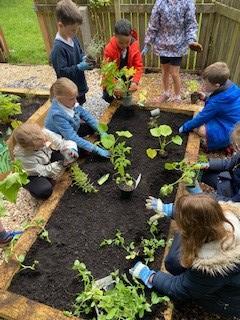 Each year group has their own raised bed which ‘Garden Monitors’ and the school ‘Gardening Club’ are responsible for. The children have taken such care over the area and keenly weed, carry out health checks, water and in the summer months, harvested beans, peas, courgettes, peppers, tomatoes, sage, chives, coriander, lavender and mint. These were taken to the school’s dedicated kitchen team who then used these in their cooking for the school’s lunches. Stir fries, vegetable rice and samosas were on the menu together with vegetable side dishes and herbs used to add flavour. 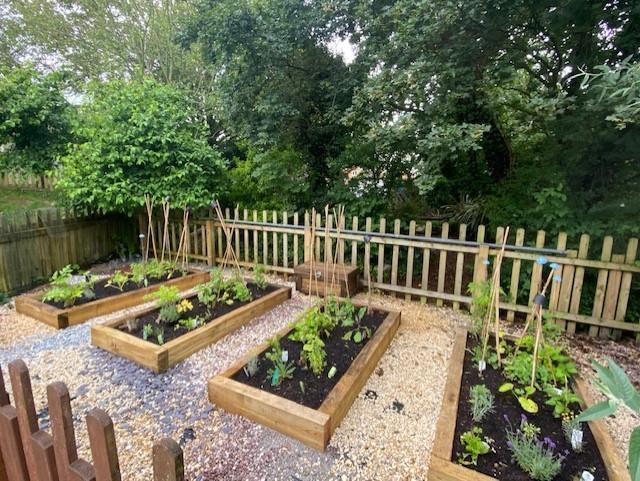 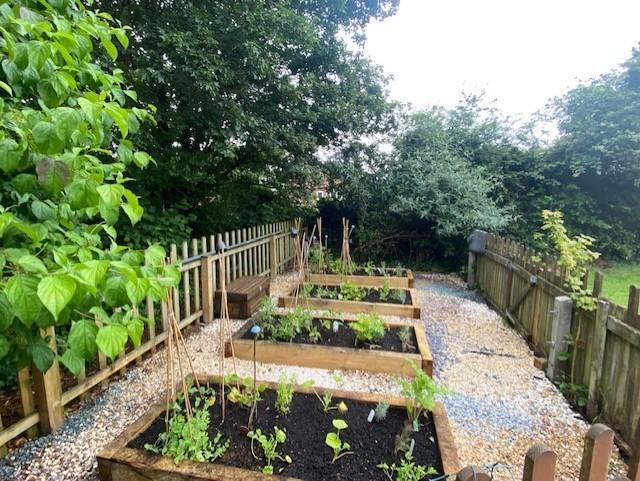 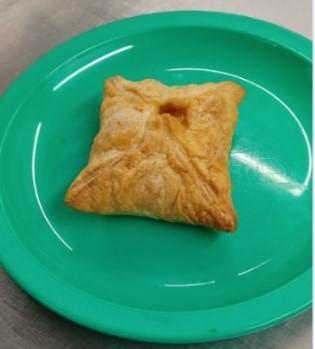 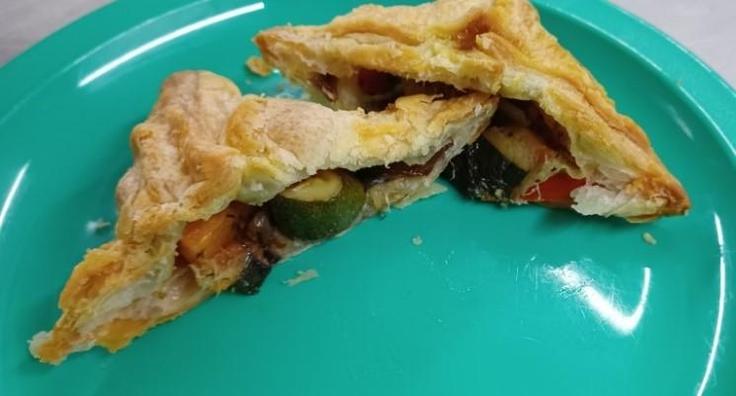 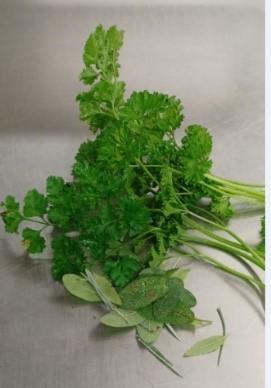 Last term, Ringwood Junior was fortunate enough to win hundreds of daffodil bulbs from Stewart’s Garden Centre. A competition was held where children were invited to create a piece of artwork with daffodils as the focus. 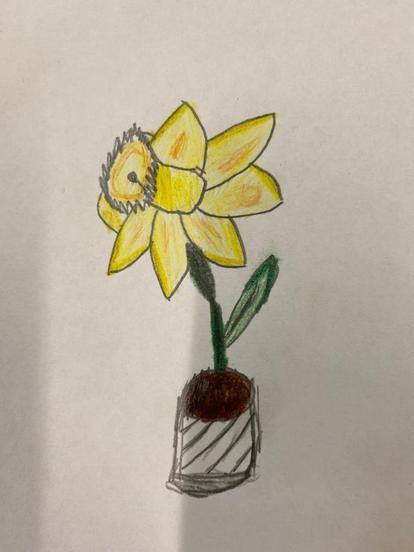 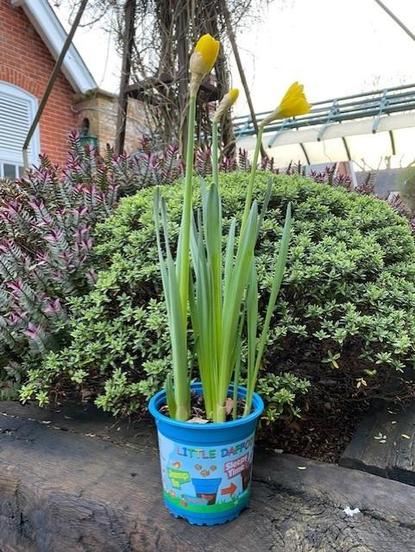