Our project this half term has been history based, and we have been learning about The Romans. We started by looking at a historical timeline, and thinking about where the Romans are on the timeline, and we compared the length of their empire to other ancient civilisations, such as The Egyptians. We also looked at the story of Romulus and Remus when we were thinking about why Rome is well located geographically.

We then moved on to learning about The Roman invasion of Britain. We studied the different reasons that the Romans invaded Britain such as the natural resources and their desire for power. We then used this learning to write an inspirational speech as Emperor Claudius to the Romans, saying why they should invade.

After that, we learned about Boudicca and the reasons why she rebelled against the Roman army. We thought about why we still remember her and learn about her now, even though she was unsuccessful.

We have also learned about why the Romans built walls and  the construction of Hadrian’s wall. We have also thought about the impact of ancient Rome on life in Britain, thinking about the legacy that the Romans left. 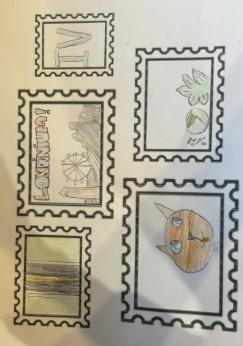 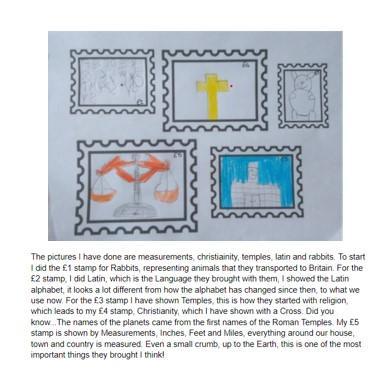